Facts about Tablets talk about the tablet computer. This mobile device is very popular in the market due to the slim and sleek design. People love the LCD touch screen, which enables them to click it via the screen. Moreover, it has the mobile operating system. The battery is rechargeable. Thus, you can take the tablet anywhere you want without being afraid of the lack of electricity. Though it can do some basic activities on the personal computers, some I/O capabilities are not presented in the table. If you think that tablets and Smartphone are similar, you are very wrong. The former ones have large screen compared to the latter. It has the screen at least 18 cm or 7 inches. If you are interested to know more about tablets, check the following post below:

The touch screen display is very intuitive. You can use the fingers or stylus to produce the gesture, which can operate the touch screen. There is no need to use any mouse to track pad when using the tablets.

Facts about Tablets 2: the types of tablets

Booklet and slate are the two common types of tablets. It features the virtual keyboard used to operate the tablet. You can operate it by touching the screen to write texts and other inputs. 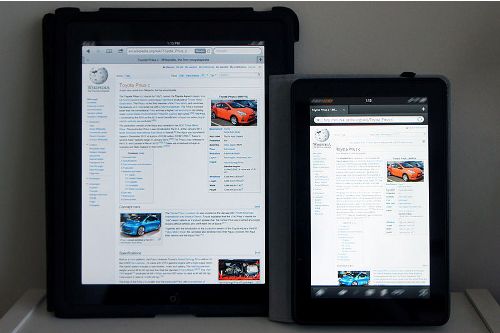 An independent physical keyboard is available in the market. You just have to connect the tablets with keyboard via the wireless USB and Bluetooth.

Facts about Tablets 4: the concept of a tablet

In the middle of the 20th century, people were presented with an idea of a tablet computer. Have you watched the science fiction movie 2001: A Space Odyssey? The movie presented the fictional tablet. In the last two decades, people tried to developed and prototyped the table.

Facts about Tablets 5: Apple and its iPad

The first mass market tablet is iPad, it was released by Apple in 2010. The stable sales of tablets took place in 2010s. Due to its popularity, the demand of the table was increased at that time since the application of this stuff was found on the workplace, educational institution and personal use.

Facts about Tablets 6: the categories of tablets

IPad Pro is a product from Apple released on 9th September 2015. Compared to the regular iPad, it was larger. The screen size is measured at 33 cm or 12.9 inches.

Facts about Tablets 8: the mini tablets

The mini tablets are also available in the market. Compared to slates, they are lighter and smaller.

Amazon.com is the first site, which introduced the mini tablets into the market.

Kindle Fire is one of the common examples of mini tablet.

Are you impressed reading facts about tablets?

Related to 10 Facts about Tablets

Facts about Thomas Newcomen tell the readers about the English inventor…

10 Facts about the Telegraph

Let us find the interesting information about the long distance transmission..

Facts about Telecommunication make us learn more about the development and..

Facts about Television talk about the form of telecommunication, which shows..

Let me show you some Fun Facts about Technology. Technology comes..

Fun Facts about Rockets present the information about the aircraft or..

Facts about Robert Fulton elaborate the interesting information about the notable..