Facts about Thailand Food make you know more about the cuisines originated from Thailand. The primary characteristics of Thai food are the presence of spicy edge, strong aroma and simple preparation. The Thai people also focus on the appearance of their food. Do you know that the list of the 50 Best Foods in the World by CNN Travel in 2017 included seven Thailand foods according to the online poll participated by 35,000 people. Let us find out other impressive facts about Thailand Food below:

Facts about Thailand Food 1: the seven dishes in the list

The fourth place in the list was taken by tom yam goong. The fifth one was pad Thai. The sixth and 10th ones were som tam and massaman curry. The 19th and 24th and 36th ones were green curry, Thai fried rice, and som tum pu pla ra.

Thai food is divided according to the five regions. The areas are Central Thai, Bangkok, Northern Thai, Southern Thai and Isan. 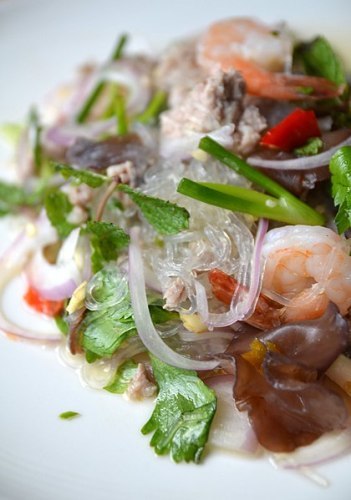 The Thailand food in Bangkok is influenced by the Portuguese and Teochew foods. If you like the foods inspired from the cooler valleys, choose the foods from Northern Thai.

Facts about Thailand Food 4: the foods in Southern Thailand

The foods in Southern Thailand share the same ingredients with the Indonesian, Malaysian and Indian foods. Most of them contain fresh turmeric and coconut milk.

Chili peppers are also the common ingredients in Thailand. The Spanish and Portuguese introduced them from Americas to Thailand. 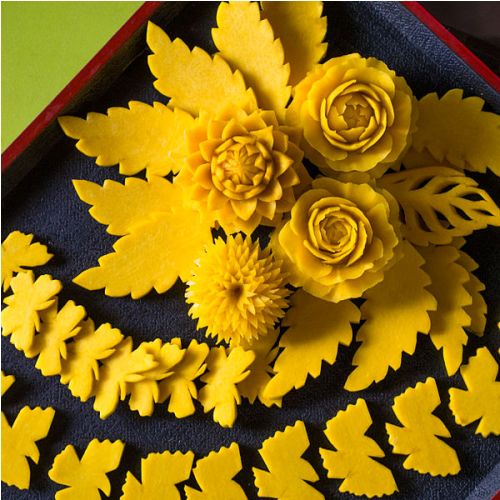 The Hokkien people introduced the Chinese dishes in Thailand in the beginning of 15th century. In the late 18th century, Teochew people settled in Thailand and affected the local dishes. The popular ones include stewed pork with rice called khao kha mu. The fried rice noodles are called kuaitiao rat na. Others are salapao or steamed buns and chok or rice porridge.

The Chinese influence can be spotted on the presence of tofu, noodles, fermented bean paste frying dishes and wok for cooking.

Thailand food is also influenced by the western people when the Portuguese arrived in Thailand in 1511. 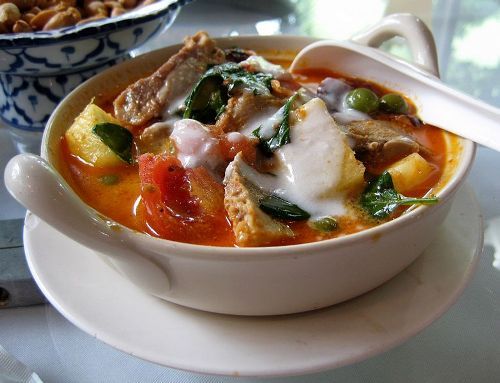 Facts about Thailand Food 9: the manner to eat the food

Most traditional foods of Thailand are eaten using hands. The people will sit on a carpet or mat on the floor. The table is located in the middle with the foods served on it. The modern Thai people eat using a spoon and fork.

Facts about Thailand Food 10: the introduction of spoon and fork

King Chulalongkorn introduced the spoon and fork after he came from his journey to Europe in 1897 CE.

Related to 10 Facts about Thailand Food

Why don’t we discuss Facts about Tea? This aromatic drink is..

Get the interesting information about a Spanish cuisine on Facts about..

Let me show you the interesting Facts about Tamales. Have you..

If you love food, do not forget to try taco. Have..

Facts about Table Manners give the readers the interesting information about..

Facts about Ruth Wakefield elaborate the information about the American chef…

Facts about Roman Food talk about the dietary and cooking habit..