Rich Homie Quan is only his stage name. His birth name is Dequantes Devontay Lamar. He was born on 4th October 1989. T.I.G. Entertainment and Motown Records sign him as their artist.

The dirty rap south is cited as his influence on rapping.  The rappers like Goodie Mob, Gucci Mane, Young Jeezy, Kilo Ali, Lil Wayne, Lil Boosie and Outkast had influenced him.

Quan was a shy person when he was at school. He developed great interest of poetry. Creative writing was an enjoyable class for him. His favorite subject was literature at school.

Quan was aspired to become a professional basketball player. When he studied at Georgia’s Ronald McNair Sr. High School, Atlanta, he played basketball for four years. During his first year, he played basketball at the varsity level as a leadoff hitter and a center fielder. Fort Valley State University also offered him a scholarship. 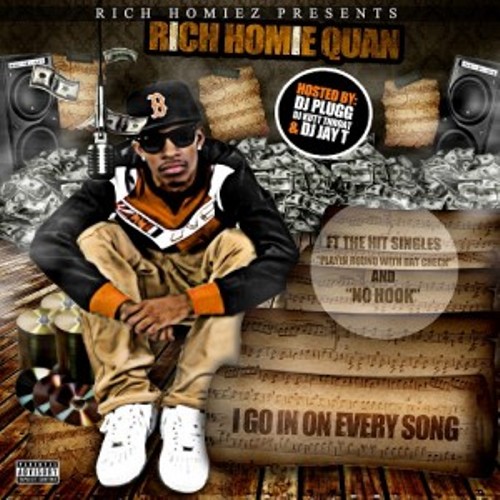 He started to rap and had a job. However, he was involved in illegal activities after losing his job. Therefore, he had to stay to prison for 15 months.

Quan left the prison in 2011. After his release, he said to himself that he should not be shy anymore.

The first mixtape of Quan was Still Going In. It featured the first single of “Differences” released in 2012.

Facts about Rich Homie Quan 8: as a featured artist

Quan also worked with other rappers as a featured artist. “Chasin’ Paper”, “Can’t Trust Her” and “I heard” were the songs of Gucci Mane’s album Trap House III that featured Quan.

Facts about Rich Homie Quan 10: I Promise I will Never Stop Going In

On 26th November 2013, I Promise I’ll Never Stop Going In was the next mixtape released in the market.

Do you enjoy reading facts about Rich Homie Quan?

If you like country music, check Facts about Thomas Rhett in..

You can find out the information about the famous Korean singer..

Facts about Romeo Santos talk about the American singer. His birth..

Facts about Robert Johnson talk about the American blues singer. He..

This British super star is a man of talent. He could..

Girls, in love with Ross Lynch? Come on! This talented young..